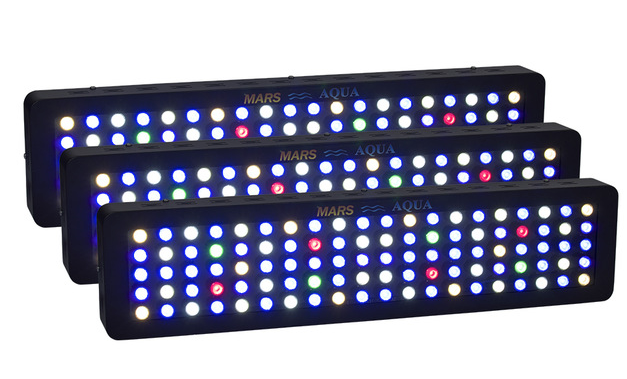 Lighting in a reef tank is very crucial. Corals need light in a specific spectrum in order to grow and stay healthy. Of course, there’s more than just lighting in reefing but this post will focus mainly on the modification of the Mars Aqua light. The factory Mars Aqua 300-watt light is actually not bad as you’ll see that it actually outputs at around 14000 kelvin with pars in the 400+.  It’s a great “bang for your buck” setup. Another good alternative is something like the Viraspectra LED lighting. 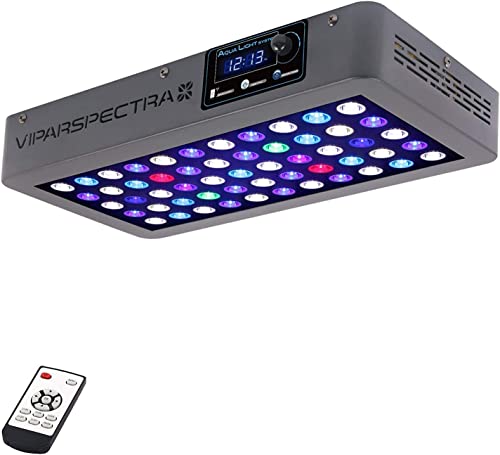 The purpose of this project is to replace my current 3 x Ecotech XR30pro Gen4 with the two Mars Aqua.  As I’m on a tight budget, I’d like to use the radions for a display tank and I feel my QT tank would do fine with the Mars Aqua.  I’ll be running two 300-watt Mars Aqua on a 40-breeder to ensure that spread is even across the tank.  Hopefully, this will provide the coverage needed like good old traditional T5 setups.  Before switching out the lights, I’m going to modify them and shift the spectrum a bit; closer to the 20k range for the daylight channel.

NOTE: This post may contain affiliate links which pays me a commission fee to offset the cost of running this website.

Here’s the layout of the LEDs.  I’m assuming it’s correct as I have no way of telling.

Below is the LED layout based on what I can tell and from what I’ve found while googling.  The highlighted yellow is the daylight channel and the other is the blue channel.

So for the PAR test, I’m going to utilize the Seneye Reef Monitor.  It’s a great monitor that really works well.  Seneye Reef Monitor is an all-in-one monitor for Temperature, Ammonia, pH, Water level, and Lighting.  With a PC you can connect your Seneye monitor directly to any PC or Seneye Web Server to monitor your aquarium.  You can monitor your aquarium from anywhere you can get internet access via smartphone, PC, or tablet. 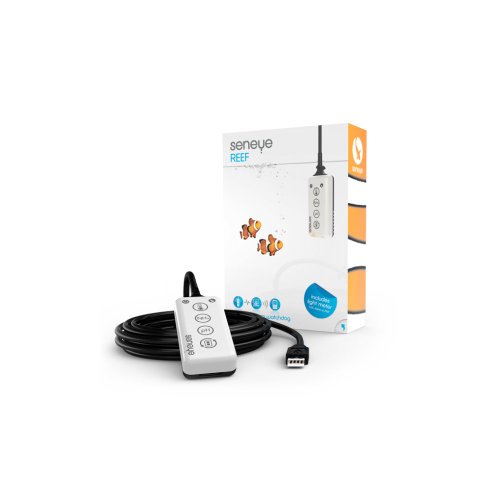 Here’s what it can do:

What does it do?

Temperature
Constantly monitors water temperature, so you can get an alert if your heater breaks or your chiller fails

Free Ammonia
Monitors the highly toxic free ammonia (NH3) at very low levels, so you can stop your fish from dying from Ammonia poisoning.

pH
The Seneye monitors’ pH in your aquarium or pond water between 6.4 and 9. This range is ideal for most aquatic life and by focusing on this range increased accuracy has to be achieved.

Water Level
Readings are only taken when the Seneye device is in water, with no false readings.

LUX
Monitors ambient LUX and can be used to take direct LUX readings, and understand how your light degrades over time.

Kelvin
Understand where on the kelvin range your lights are and how light can change over time.

PAR
Monitor the Photosynthetically Active Radiation (PAR), to understand if you have the correct quantity and quality of light for your corals or plants.

I bought the Seneye just for PAR reading so that I’ll know what PAR level my corals are receiving.  All the other features were an added bonus. Using the PAR meter, I’ve made some initial tests by reading each LED light to see what spectrum I am getting.  Side note, the Seneye cannot read Kelvin when excessive blue spectrum lighting is introduced.

PAR meter on the RED LED

The Kelvin could not be captured in this image but one can tell that it’s peaking more of the red color.

PAR meter on the GREEN LED

PAR meter on the WarmWhite LED

PAR meter on the WarmWhite LED

Here is a picture of the LED and the setup.  I have one that has been modified based on the spreadsheet above.  The second unit is a factory unit.

I measured the light from the bottom to the ground which is 23″ (22″ to the top of the sensor sitting on the floor).  I will also be running a test at around 14″. 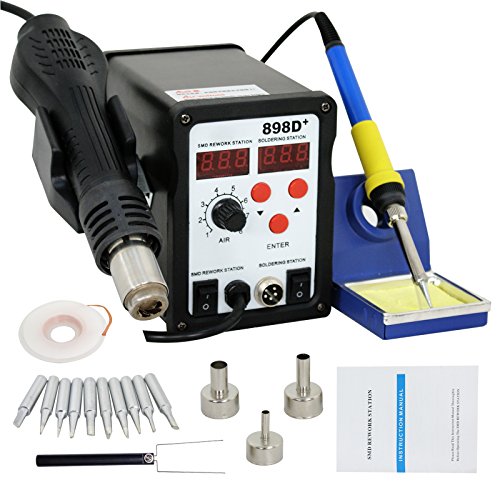 I had to slowly desolder the LED diodes one by one. Make sure to take note of which LED color is which.  It gets confusing after a while.  I had to put masking tape on the RED LEDs as a reference point.

I replace the LEDs with the ones listed below.  Make sure to get the right amount.  I had to double what I was getting for one unit because I was going to set this up for two Mars Aqua lights.

The reason for replacing the LED is to shift the color more into the 15000k-25000k range.  I did not like the warm white or white LED because they were too warm for my taste.  This was for me as I like viewing corals in the 15000K+ range.  Corals in general needs a specific spectrum to thrive which includes the 395nm and 425nm that were missing.  The factory setup already had the 450nm and 460nm so I only replaces a few to get the 395nm and 425nm in on the blue channel.  Here is the light after the modification.

It is day and night difference for me.

Here’s a comparison between the two lights

Blue Channel on Max.  Modified vs Factory.  Some of the 460nm were replaced with the 425nm and 395nm, a total of 8 LEDs replaced. It does look a bit less blue but the PAR level is still high.

Here is the white channel on max. You can really tell the difference here.  The factory has a natural sunlight-white look to it.  Reminds me of my office.  For the most part, I would never really run my lights at this spectrum so that is why it was modified.  The modified one still looks white but it has a hue of blue/purple to it.  I suspect the kelvin rating to be in the 16-18k range with the mixture of the red, green, 10000k, and 20000k LEDs.

Here is a top view.

Next, we’ll take a look at the PAR reading for both lights.

Based on the chart above, PAR was sacrificed in order to get the color spectrum that was desired however it is still a lot of light to grow any SPS.

All in all the Mars Aqua is a good light for growing any and all corals. It’s well built with a metal frame which will be sturdier than its competitors at 1/4 the price. If you are looking for a deal, this is it.

I get a kickback if you use my Affiliate links. This really helps out with supporting the site to keep it alive. Thank you very much!